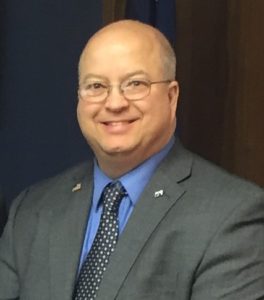 GLENMONT, N.Y.— John C. Parsons II, CIC, CPIA, AAI, executive vice president of Parsons & Associates in Syracuse, N.Y., was elected president of Professional Insurance Agents of New York State Inc., at a meeting of the association’s board of directors today. Parsons is a third-generation professional independent agent, succeeding his father and grandfather as president of PIANY.

An active member of PIANY’s board of directors since 2006, Parsons served as president-elect in 2015-16; as first vice president in 2014-15 and as vice president from 2011-14 and was treasurer in 2010-11. He is vice president of the Government Affairs and Nominations Committees. He also is a member of the Executive/Budget & Finance and Company/Industry Relations Committees. Parsons also is chair of the association’s Syracuse Advisory Council. He has served on the board of the PIA of New York Young Insurance Professionals and received the PIANY Young Insurance Professional of the Year award in 1999. PIANY-YIP is an organization dedicated to the professional and personal growth of newcomers to the insurance industry and an affiliate of PIANY.