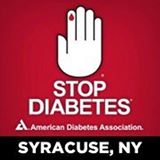 On Sunday June 12th – John & Lynda Parsons participated in the 2016 CNY Tour de Cure to raise money for the American Diabetes Association. This year was the 25th anniversary of the Tour de Cure which has raised over $250 million dollars nationally since 1991.

The Tour de Cure is more than just a cycling event it’s a day packed with excitement and energy where riders of all levels join forces in the fight to Stop Diabetes® and raise critical funds for diabetes research, education and advocacy in support of the American Diabetes Association. There were 76 teams and 746 riders at the CNY tour.

The CNY Tour raised over $245,000 for this important cause and so far John & Lynda have raised over $3800 for the cause thanks to generous support from many of the wonderful people we work with every day, family and friends!

As a rider with diabetes – John was a “Red Rider”.  Red Riders are particpants who have Type 1 or Type 2 diabetes and are given front-row starting spots for each route. There were over 75 Red Riders in the CNY Tour! 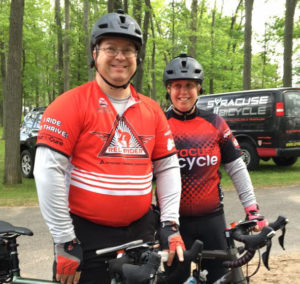